Secure your spot & get started today with our FREE EXCLUSIVE online offer!

By opting into the web form above you are providing consent for The Academy to send you periodic text messages. Standard rates may apply. You can reply HELP at anytime or learn more. You may opt-out anytime by replying STOP. 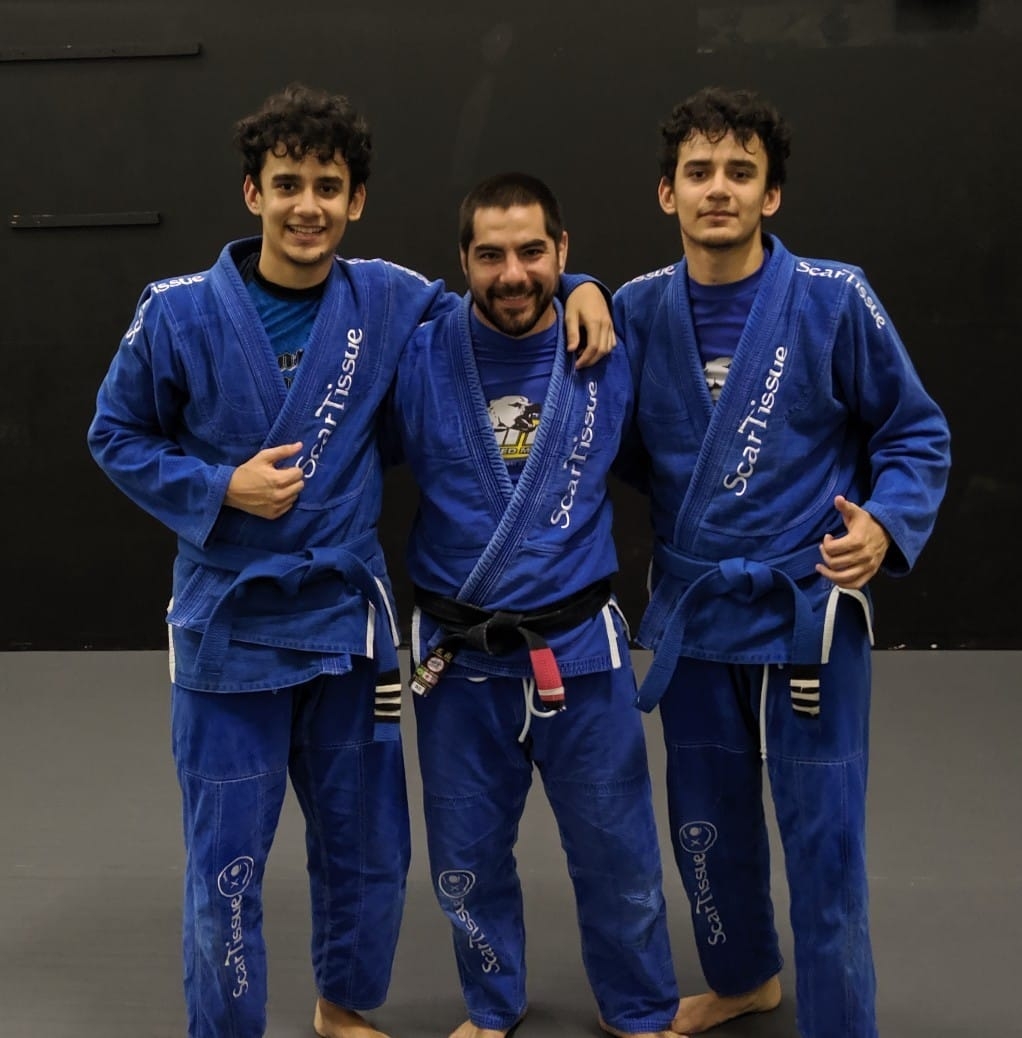 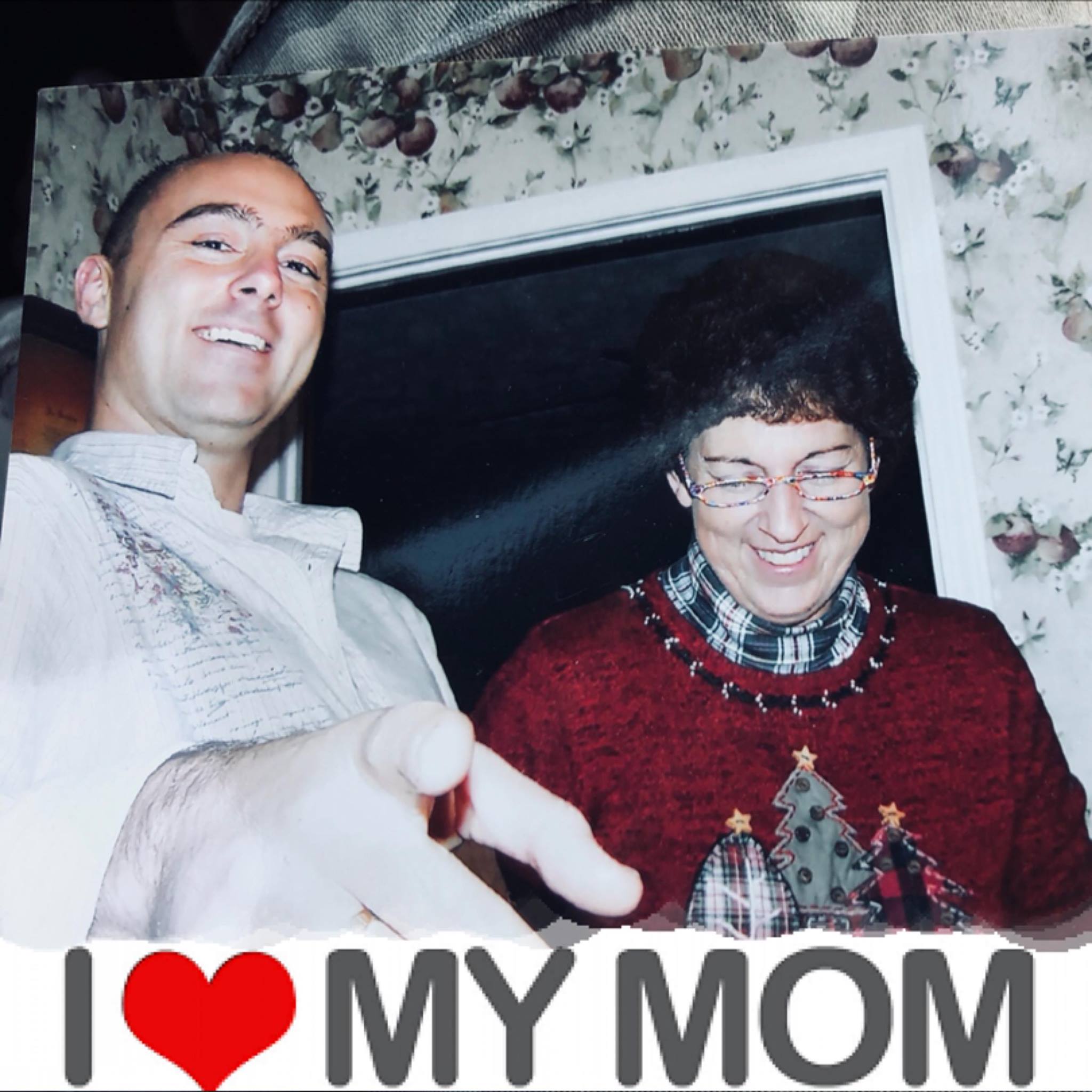 Absolutely amazing facility and Jason is one of the best guys in BJJ! I highly recommend The Academy to anyone that is looking for a place to start in BJJ or continuing their BJJ career! 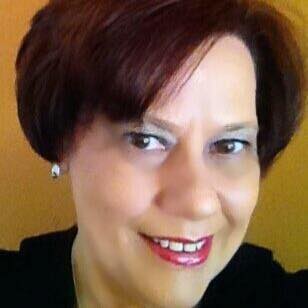 The Academy is a wonderful place for the family. A great atmosphere, award winning
instructors. Get fit, have fun and learn personal safety skills. 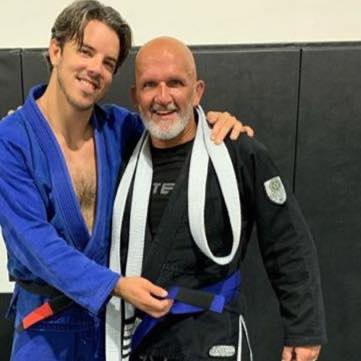 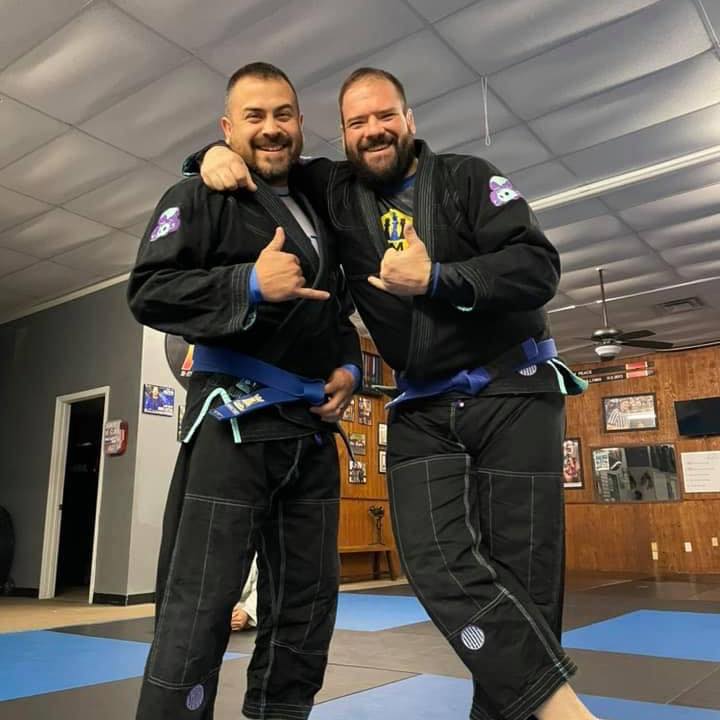 Awesome gym!! If your in town I highly recommend checking them out. 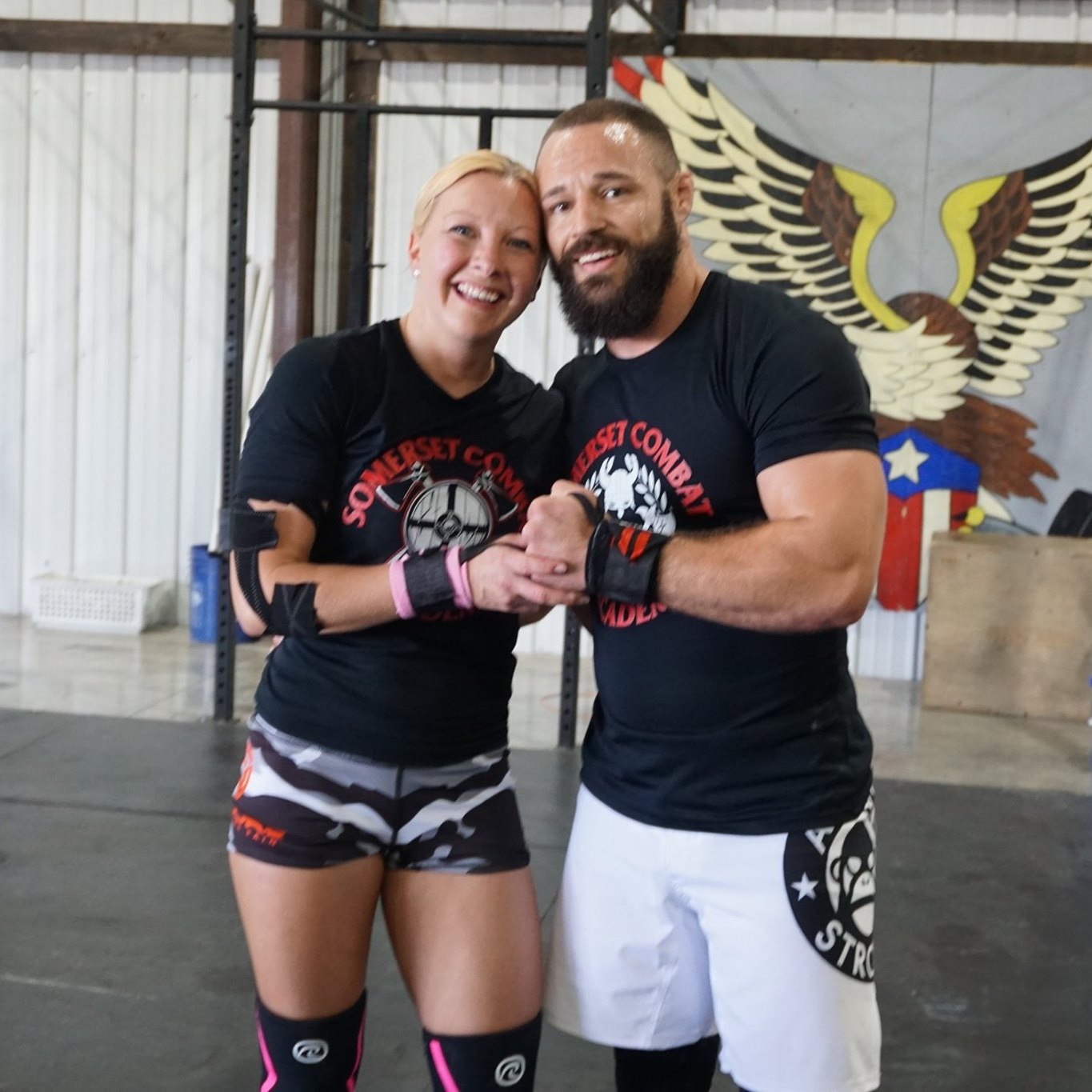 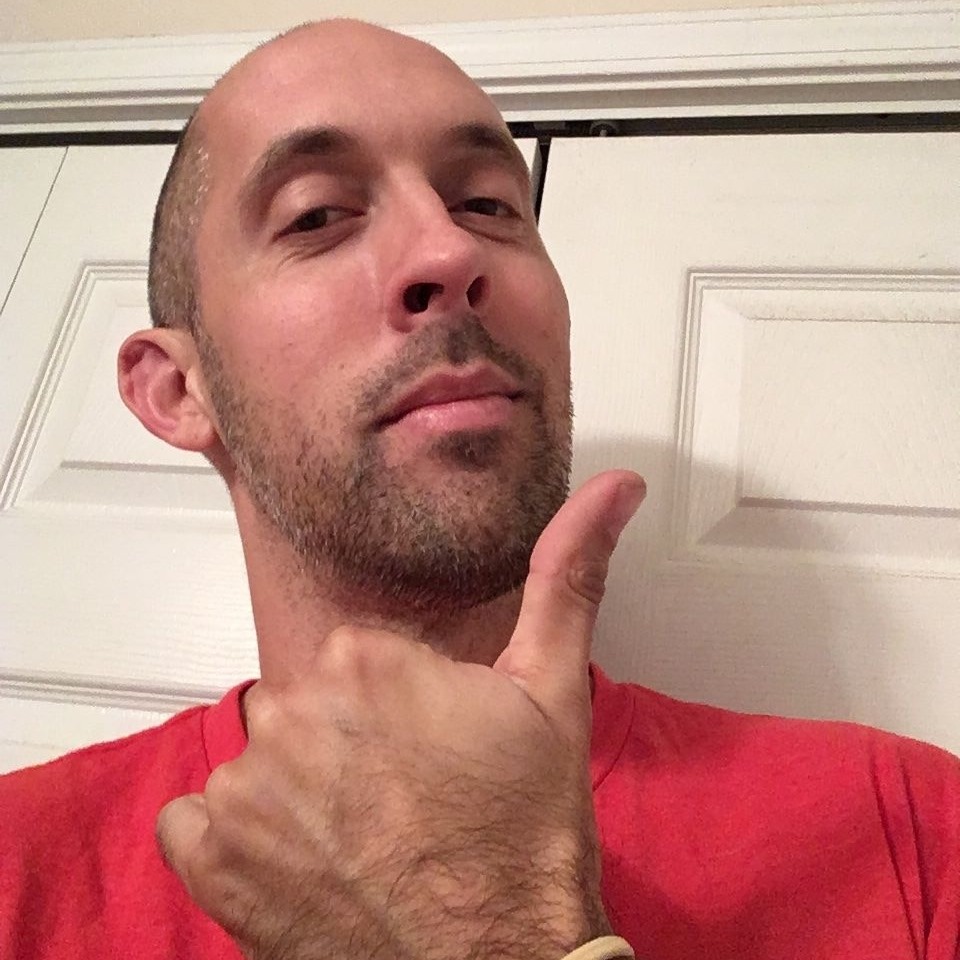 Plenty of mat space; great Jiu-Jitsu and atmosphere. Several types of classes to choose from. Friendly and fun (yet challenging) open mats on Sunday. Highly recommended.

Request information today to learn more about our programs! Get Started Now 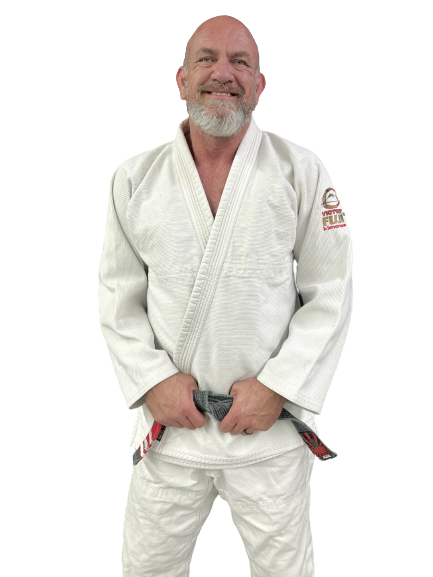 Dave began training Judo in 1986 where he earned the rank of brown belt. In 1998 he began training Brazilian Jiu Jitsu in Nashville under Eric Silver. A move to Ohio gave him the opportunity to train at a Royce Gracie affiliated gym. After earning his brown belt, he began teaching. Dave moved back to Nashville and continued his training under Shawn Hammonds where he earned his black belt in 2010. A move to Wisconsin gave Dave the opportunity to train some of the best known MMA fighters in the world. During this time period, Dave competed frequently earning many medals. In 2018 he returned to middle Tennessee and The Academy is fortunate to have him as a coach. 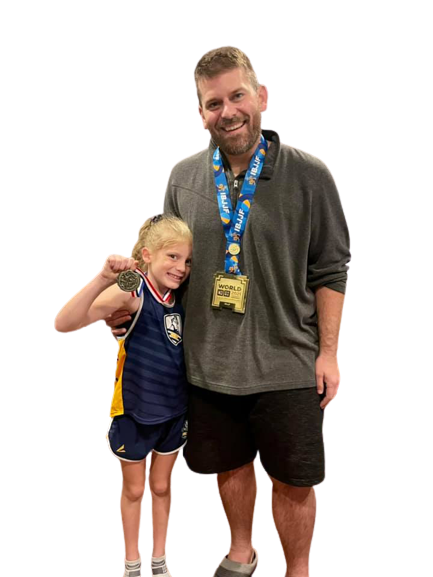 Growing up Gabe had always been a three sport athlete. He participated in football, baseball, and basketball. After graduating college in 2008 he found martial arts. It was just the thing to scratch that competitive itch. After training multiple years in Muay Thai, Brazilian Jiu Jitsu, and overall MMA, he found himself to be most passionate about Jiu Jitsu. He started competing with only 5 weeks of training and hasn’t stopped since. He received his Brown Belt in January of 2020. Gabe brings tons of knowledge and enthusiasm to our team. Some of his accomplishments include: 4x Bigfoot Grappling Challenge Super Fight Gold Medalist, multiple time Fuji medalist, and multiple time IBJJF medalist, 2020 Masters No-Gi Pan Am Absolute Silver Medalist, 2021 Masters World No-Gi Absolute Gold Medalist. Coach Gabe earned his black belt in December of 2021. 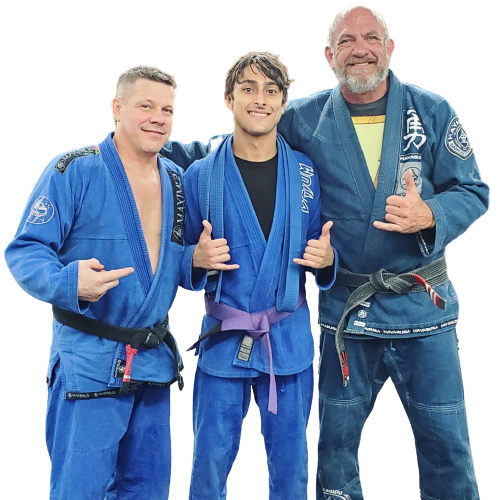 Coach Jackson currently holds the rank of purple belt in BJJ. He has put in countless hours on the mat in the five years he’s been training. He has been head instructor of our kids program for over 3 years. Not only is coach Jackson great with the kids, he is also a fierce competitor winning a silver medal at the No-Gi Pan Ams as blue belt in 2020. Pan Ams is one of the most prestigious competitions in the world. It is very exciting to watch him work with the kids and excel in the sport. 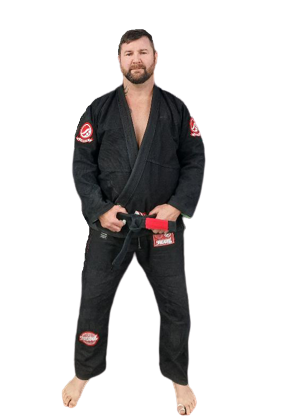 Kenny started training Brazilian Jiu Jitsu in 2011. BJJ was an easy transition for him with 6 years of wrestling behind him. He earned his black belt in January of 2020. Kenny has won many medals over the years while competing, but his primary goal is to help others stay motivated and reach their Jiu Jitsu goals. Kenny uses Jiu Jitsu to control his everyday stressors, stay fit, approach life with confidence, and to remind him to never give up.

Jason Jay” Martin is a retired U.S. Army Ranger and Combatives Instructor. Jay served over 20 years in the U.S. Army in various conventional and special operations units deploying around the world for over a decade in defense of this nation.

Jay has spent his life teaching, training, and competing in various combat arts at all levels. Jay has coached on the national and international level, having success on a competitive stage while also managing an inclusive training environment for competitors and hobbyists alike.

Jay holds several degrees from multiple universities. He has a dual B.S. from Troy University in Criminal Justice and Psychology with Master’s work in Psychology from the University of Alabama. He also holds a B.S. in Public Management from Austin Peay State University. Jay is married with 10 children and 3 grandchildren. When he is not on the mats he works with several non-profit organizations and is a volunteer firefighter and EMT.